The Dusky Kob [argyrosomus japonicus] also known as a Daga Salmon [KZN] is the largest and most targeted of the Kob species in South Africa. Growing in excess of 80 kgs and over two meters, these monsters are what angling dreams are made of, the quest for the elusive 100 pounder is an age old challenge most of us aspire to.

The Kob’s range is from Mozambique in the north all the way down to the east coast to Cape Point although its most common from Cape Agulhas to Zululand (KZN) region – It is found in estuaries and the surf zone to depths of 100m. Elsewhere in the world it is found in India and in the northern pacific and eastern seaboard of Australia. This fishes’ wide habitat range adds to its appeal for most facets of saltwater angling, its willingness to eat a lure or engulf a live or dead bait make it an awesome adversary.

For the most part juveniles make use of estuaries and smaller fish can be targeted with an array of lures, both dead and live bait. The bigger river systems such as Umzimvubu River, Sundays and Breede river hold the trophy size Kob. Light tackle enthusiasts can have fun in the flat water with a pea shooter. My top bait recommendations for estuaries would be a paddle tail, big jerk bait or a live mullet.

Found from 5 – 100m the Dusky Kob can be targeted on offshore banks, pinnacles and wrecks. It’s best targeted at night as this is when many of the trophy size fish are caught with live baits such as shad, mackerel and mozzies are tops. Fished on the bottom with a super long trace [1m plus] these fish can be found in shoals and the conundrum is finding the balance between conservation and angling. For the most part the fish caught offshore are breeding stock fish and with the numbers of fish being taken by sharks, I find myself steering clear of targeting these fish at night offshore. There are rumblings that recreational night fishing offshore may well be banned, this may be a necessary evil to protect these breeding stocks as there is a group of “recreational commercials” doing untold damage in the KZN. As associations, clubs and the concerned public we should be naming and shaming these guys and stopping this plunder.

This is my personal favorite place to target these fish. Whether catching shoal “Kobbies” on chokka baits or throwing paddle tails off a remote rock in the Transkei or targeting a real KZN Daga Salmon of over 20 kgs in the dead of night on a shad head – NOTHING compares to that head nod once hooked and that pink silver shine as the headlamp picks it up in the shore break. My

Catching one of these monsters and watching it swim away is an awesome experience. 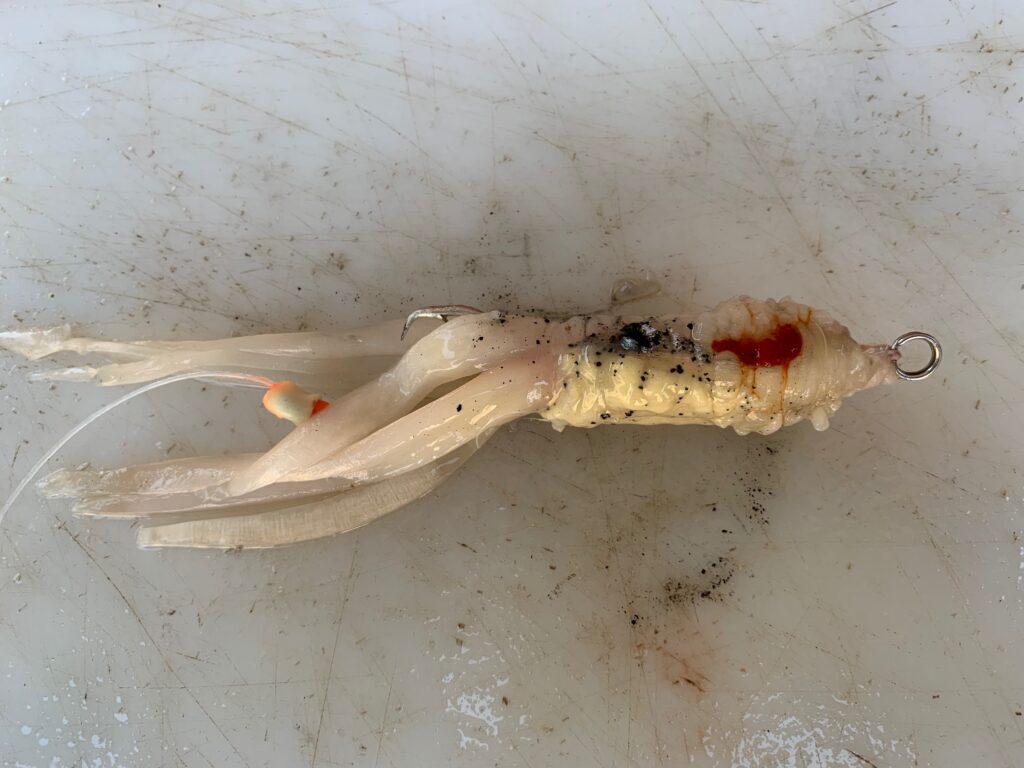 Stocks of this species are not healthy as previously discussed, the indiscriminate targeting of breeding stock fish for sale has made a big dent. Unfortunately, the shore anglers have jumped onto the bandwagon as the paddle tail has proved to be too good for the Kob – I do see mindsets changing slowly with more and more anglers releasing their Kob and sticking to limits. Well known and respected anglers like Catch Cook ambassador Franna van Zyl and angler Xander de Beer are really setting an example by insisting clients release big breeding stock fish to sustain their businesses as well for their future generations. By showcasing these released fish on social media and YouTube I am sure they will instill this ethic into other anglers out there especially the younger generation.

Smaller Kob are tasty, so keeping a Kob between 2 – 7 kgs for the pay every now and again is fine, as long as you release the bigger breeding stock. Kob can be steamed, fried, braaied or pickled smaller – Kob is fantastic fresh. If you are going to freeze it rather let it go!

Remember to limit your catch, don't catch your limit.