I have the amazing memory of this catch and release as it’s not often you get to swim with the fishes and tell the tale.

We woke early, under the clear Gonubie skies with the sun peeking over the horizon. We launched our jet skis and sped out of Kei Mouth launch site towards the mouth of the river. The wind was up a bit as was the swell, we had to keep our wits about us, as our skis punched through the waves as we negotiated our way through the sets.

We started at a shallow reef, about 15 meters deep where we bagged a few reef fish. Then went on to try out some deeper drifts at our “secret place” (sorry, I can’t tell guy’s) which is 40 meters deep. There was a ripping current over this reef section, so I changed up my sinker to something heavier and dropped my line. As my bait hit the bottom, my line went tight and l cranked a big Red Roman to the surface. We worked this drift, caught a fish on every down and stumbled across a shoal of Geel Bek. I used a big 7 O circle hook as the bottom hook and above that used a smaller hook for the smaller reef species. With my gear in Cape Town, I used my uncle’s old Fin-nor ofc20h real with braid of 30 pounds – relatively light rig.

The sea and wind had calmed down giving us ideal conditions that day – having caught so many, we focused on catch and release. We moved to another reef, where my uncle’s line went tight – he struck and cranked up to what felt to be a monster fish. All of a sudden the line went slack, we all thought it had got away. Suddenly, the head of a big Red Roman surfaced, we had a good chuckle and gave this one up to the tax man.

Suddenly, the head of a big Red Roman surfaced, we had a good chuckle and gave this one up to the tax man 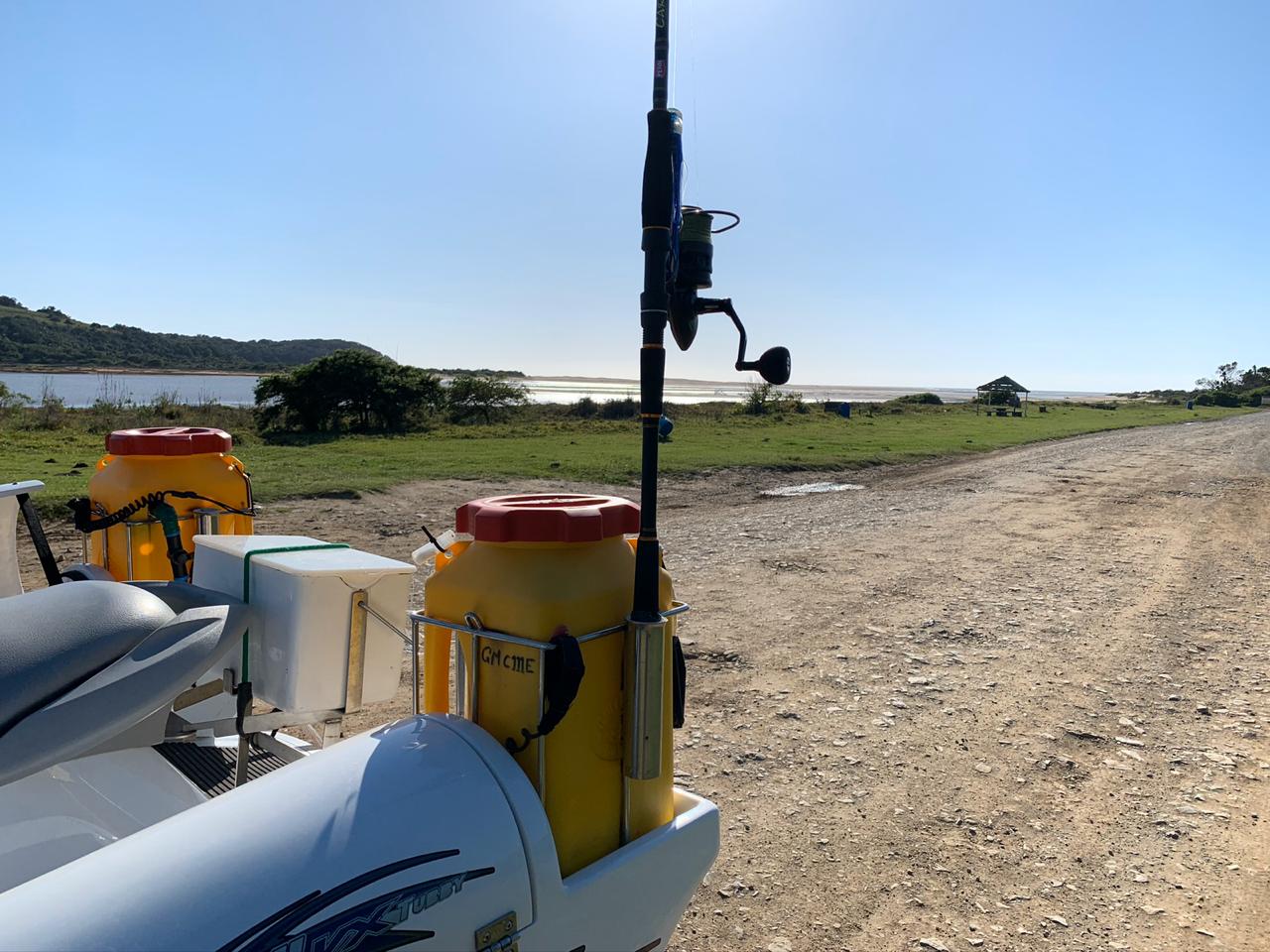 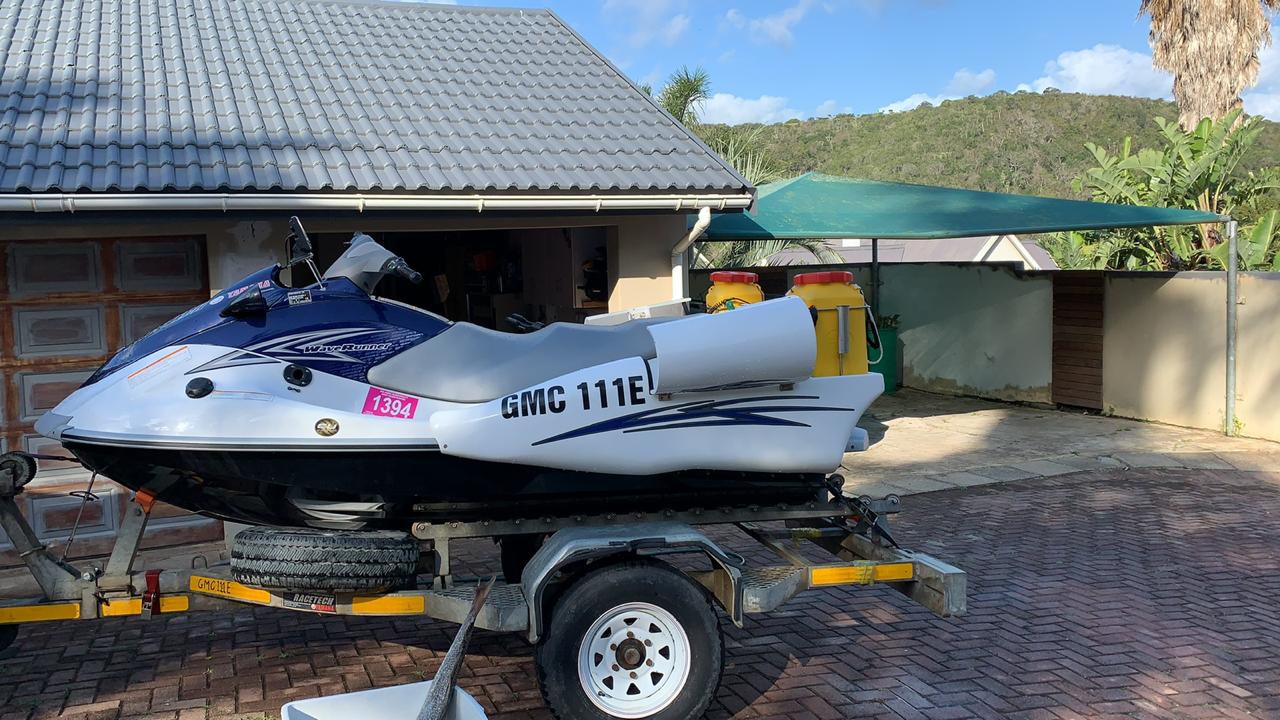 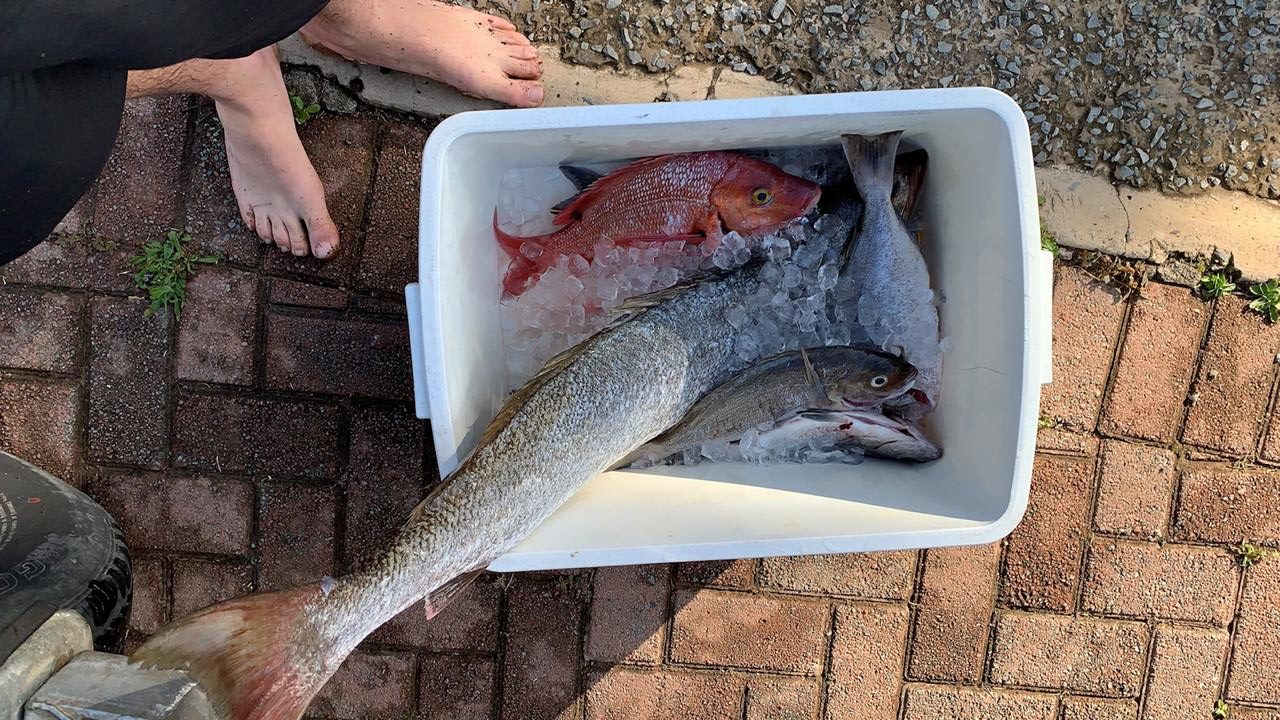 My old, light gear did not really equip me for deep drops with heavy lead and the fish that had decided to take the bait. My drag was screaming and the line was peeling off the reel, I kept tightening it, not wanting to get reefed as this monster fish started pulling the Jet Ski. Initially, I thought I may have hooked the shark that had just eaten my uncle’s fish but as I felt big head shakes decided differently. The fight went on and on and I was getting wrecked by this bomber of a fish, run after run, I patiently pulled it back – the struggle felt endless! This truly incredible fish was so strong and had so much power, I eventually started gaining on this fish and it finally emerged on the surface. I was in absolute awe of the size of this beast and its magnificent colour, I was elated and dismayed at the same time, it was a huge Copper Steenbrass.

My heart sank as I hoped that this beautiful creature would survive its big fight and its quick ascent off the bottom. A fish’s quick ascent from the bottom affects the fish’s swim bladder – an internal gas-filled organ that contributes to the fish’s ability to control its buoyancy.  If a fish comes up too quickly, the gases in its intestines and stomach expand and can protrude from their orifices and make their eyes bulge. It was not Copper Steenbrass season and could not be bagged and It was to my surprise to see it come to the surface as I was not targeting this species. I was excited at my first Copper Steenbrass catch, but also knew it was two days before the season opened – I let this beauty go live to fight another day.

Fishing off a jetski is challenging as there’s limited space and can get a bit tricky handling really big fish. With a bit of body juggling I was able to maneuver the Copper Steenbrass closer and carefully take it off the hook. With surgical precision I popped the swim bladder, a procedure called “venting” with a sharp knife to allow the fish to be able to equalize, so that it can swim away. The fish was exhausted after the fight and kept flipping onto its side as it struggled to swim straight.

After a few attempts to get it righted and to swim away it seemed it was not to be. I was holding the fish in place off the edge of the Jet ski, it was difficult to hold due to sheer size – my hand could not fit around its thick tail nor could I grip half the tail. In desperation, to allow this beauty to survive I jumped into the water with it and cradled it in my arms. In hindsight this was probably not the best idea considering that the previous fish had been sharked. I was hoping that our patience would pay off and would give this fellow the much needed time to catch his breath. As I swam next to the fish and steadied and supported him, I eventually felt him strengthen and slowly regain equilibrium. I gave it a big downward push and I felt its tail kick and it gently glided down back to the depths. The relief I felt after, as I watched it disappear down into the dark deep water.